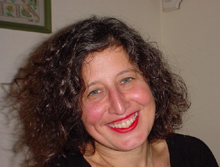 Minor theory is a way of doing theory differently, of working inside out, of fugitive moves and emergent practices interstitial with ‘major’ productions of knowledge. To do minor theory is to make conscious use of displacement so that new subjectivities, spatialities, and temporalities might be marked and produced in spaces of betweenness that reveal the limits of the major as it is transformed along with the minor. Inspired by Deleuze and Guattari’s concept of ‘minor literature,’ I wrote about minor theory twenty years ago causing a ‘minor’ stir, but little else.  In the past year or so the idea of the minor has surfaced in several places.  Asking what might underlie this ‘surgence’ of interest, I will look at some of the political, social, cultural relations and conditions of the present in Geography and in the worlds we inhabit to think about what possibilities minor theory offers for thinking and acting differently in the face of growing economic inequality at all scales, persistent violence against people of color, intensifying environmental crises, joblessness, and social relations of production and reproduction that remain exploitive and oppressive in their articulations of race, class, gender, and sexuality.  I will discuss the Detroit Geographical Expedition and Institute as an example of minor theory and practice to think alongside its accomplishments, failures, and fables to see what they might have to say about present field imaginaries and possibilities for radical practice in and outside geography.

Cindi Katz is Professor of Geography in Environmental Psychology and Women’s Studies at the Graduate Center of the City University of New York (CUNY).

View all posts by liafrederiksen