In this lecture Che Gossett brings together Fanon, Sylvia Wynter, and Afropessimism as well as recent Palestinian films about animal necropolitics to consider both abolitionist aesthetics and how abolition — which might be characterized as what Jared Sexton calls “the abolition the interminable radicalization of every radical movement” — and as anchored in Black study, is an anti-colonial and interspecies affair.  Che will talk about the  zoo in Qalqilya and how animals figure into the bio and necropolitics of Israeli occupation through a double bind, either as collateral damage of high intensity warfare or as objects to be brought into the fold of beneficent Western liberal Humanism. While Palestinian ecological struggle has been documented in leftist and solidarity struggles, there has been less work exploring how the animal is entangled in occupation and Che will discuss the work of Palestinian filmmakers — Giraffada and The Wanted 18 highlight both Palestinian animal rights activism and ecological activism. Finally, Che will consider how abolition undoes the coordinates of the Human — what Sylvia Wynter called the genre of Man and genre of the “animal” as well.

Che is a Black trans femme writer, an archivist at the Barnard Center for Research on Women and a PhD candidate in trans/gender studies at Rutgers. Most recently, they received a Palestinian American Research Committee grant and are currently serving as a 2017-2018 Queer Arts Mentor in NYC. They are working on a chapbook titled Cruising in the End Times.

This Talk is co sponsored by UofT Divest. 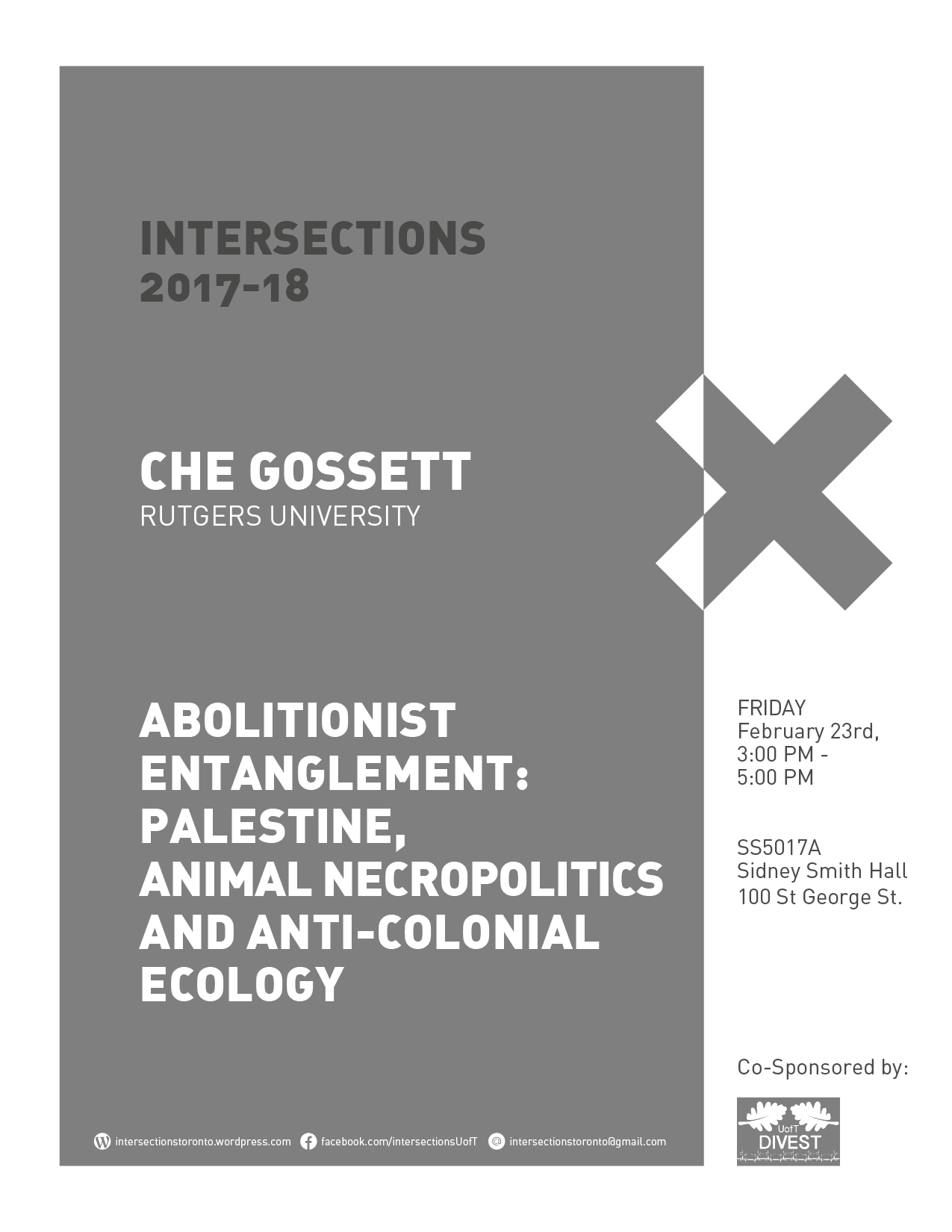