The recent explosion of availability of new forms of data poses significant opportunities to how we perform urban and regional analysis. Over the last decade, three families of data have emerged in this context. One is digital traces of individual activity. From conversations through our mobile phones, to thoughts and feelings we decide to share through social media, more and more bits of our life are being stored digitally as data that a computer can understand. The second comes from an increasing number of sensors, from traffic controllers to nano-satellites orbiting the Earth, which are constantly recording information about the environment. The third one has existed for longer but has not been available until recently: governments have started openly releasing data on their internal operations that used to be parked in (closed) silos. Since many of these sources are inherently spatial, leveraging them requires expertise from domains that traditionally have been foreign to urban and regional scientists. This talk will introduce Geographic Data Science as a blend of modern data science and traditional GIScience and will walk through several examples where it is applied to leverage the most of new forms of data. As part of this whirlwind tour, we will also spend some time trying to understand what the main challenges, methodological advances, and risks that “accidental data” pose are, and will emphasize the tremendous opportunities they unleash for regional scientists and urbanists alike.

About the Speaker: Dr. Dani Arribas-Bel is Lecturer in Geographic Data Science and member of the Geographic Data Science Lab at the University of Liverpool (UK). Dani is interested in computers, cities and data. In particular, his work focuses on the spatial dimension of cities, from their physical structure to how socio-economic phenomena are spatially distributed. Methodologically, Dani is interested in incorporating new forms of data becoming available into the study of cities, as well as in computational methods such as spatial statistics and machine learning. Dani regularly teaches Geographic Data Science and Python courses, and is member of the development team of PySAL, the Python library for spatial analysis. 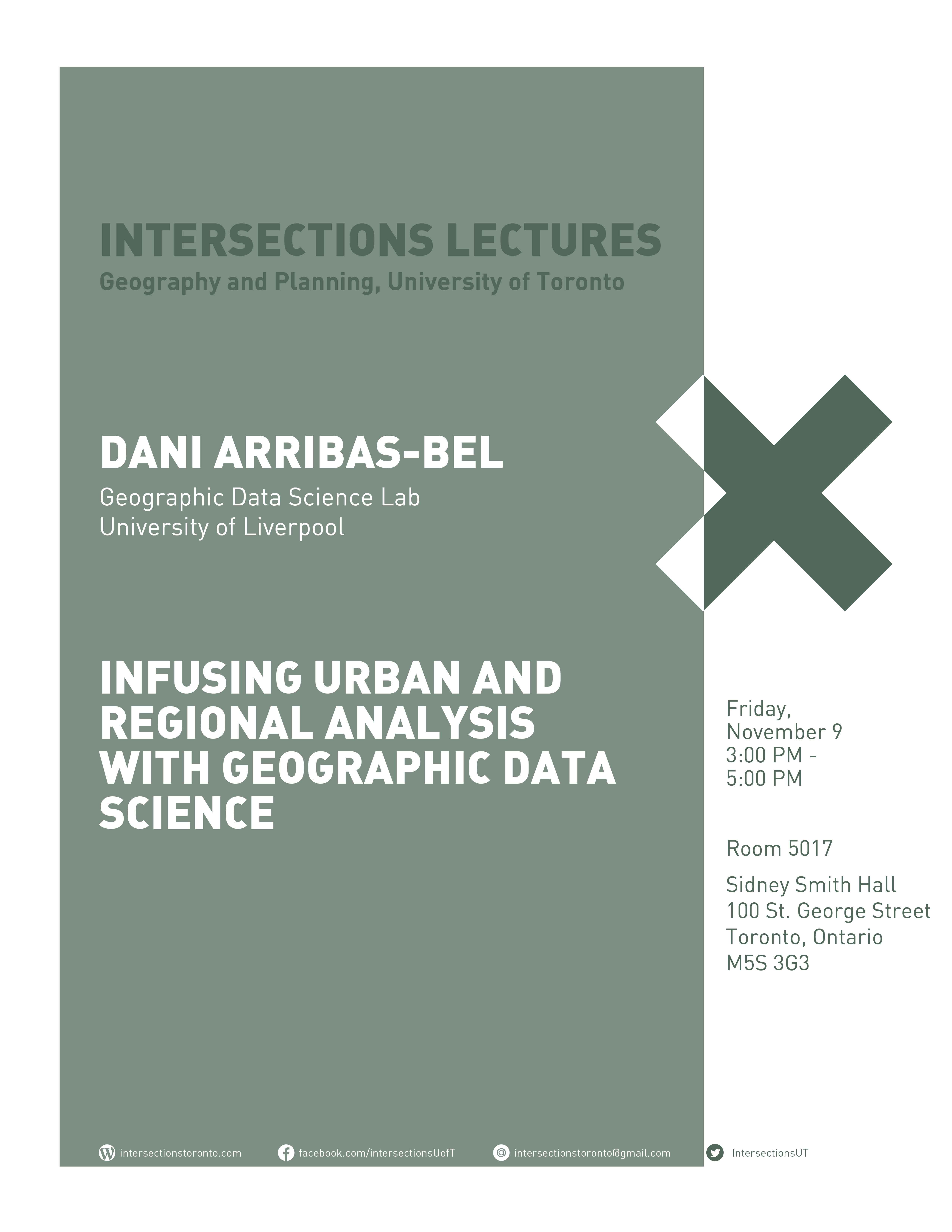