***The time and place of this talk has shifted, please review the updated information below***

Using the case of the much-hyped “Ring of Fire” mineral deposits in Ontario’s far north and the remote Anishinaabe communities with everything at stake in the decision of whether to “open up” their homelands to mining, I imagine a mode of relating for settler and Indigenous legal orders that is not inevitably colonial. Instead of collision and conflict, it is imagined as a plural legal order based on Treaty principles. To achieve it, we will need explicitly anti-colonial tactics – breaking down and working against the colonial structure of prevailing legal regimes designed to further extractivism by denying Indigenous jurisdiction. I will offer some inspiration from research collaborators on the ground in Neskantaga First Nation, in the heart of the Attawapiskat River watershed, who are lonely holdouts to the “Ring of Fire”– stubbornly clinging to a different notion of their people’s futures on the land, their legal obligations to protect it, and their political authority to decide.

Dayna Nadine Scott is cross-appointed between Osgoode Hall Law School and the Faculty of Environmental Studies at York. She was awarded the York Research Chair in Environmental Law & Justice in 2016. Prof Scott researches in the areas of resistance to extraction; the regulation of pollution; gender, toxics and environmental health. She is the PI on the current SSHRC-funded project, “Consent & Contract: Authorizing Extraction in Ontario’s Ring of Fire” and was also part of the SSHRC Partnership Development Grant, “Reconciling Sovereignties: New Techniques for ‘Authorizing’ Extraction on Indigenous Territories” led by Professor Shiri Pasternak, in partnership with the Indigenous Network on Economies and Trade (INET) and MiningWatch Canada.

Toronto is in the ‘Dish With One Spoon Territory’. The Dish With One Spoon is a treaty between the Anishinaabe, Mississaugas and Haudenosaunee that bound them to share the territory and protect the land. Subsequent Indigenous Nations and peoples, Europeans and all newcomers have been invited into this treaty in the spirit of peace, friendship and respect. 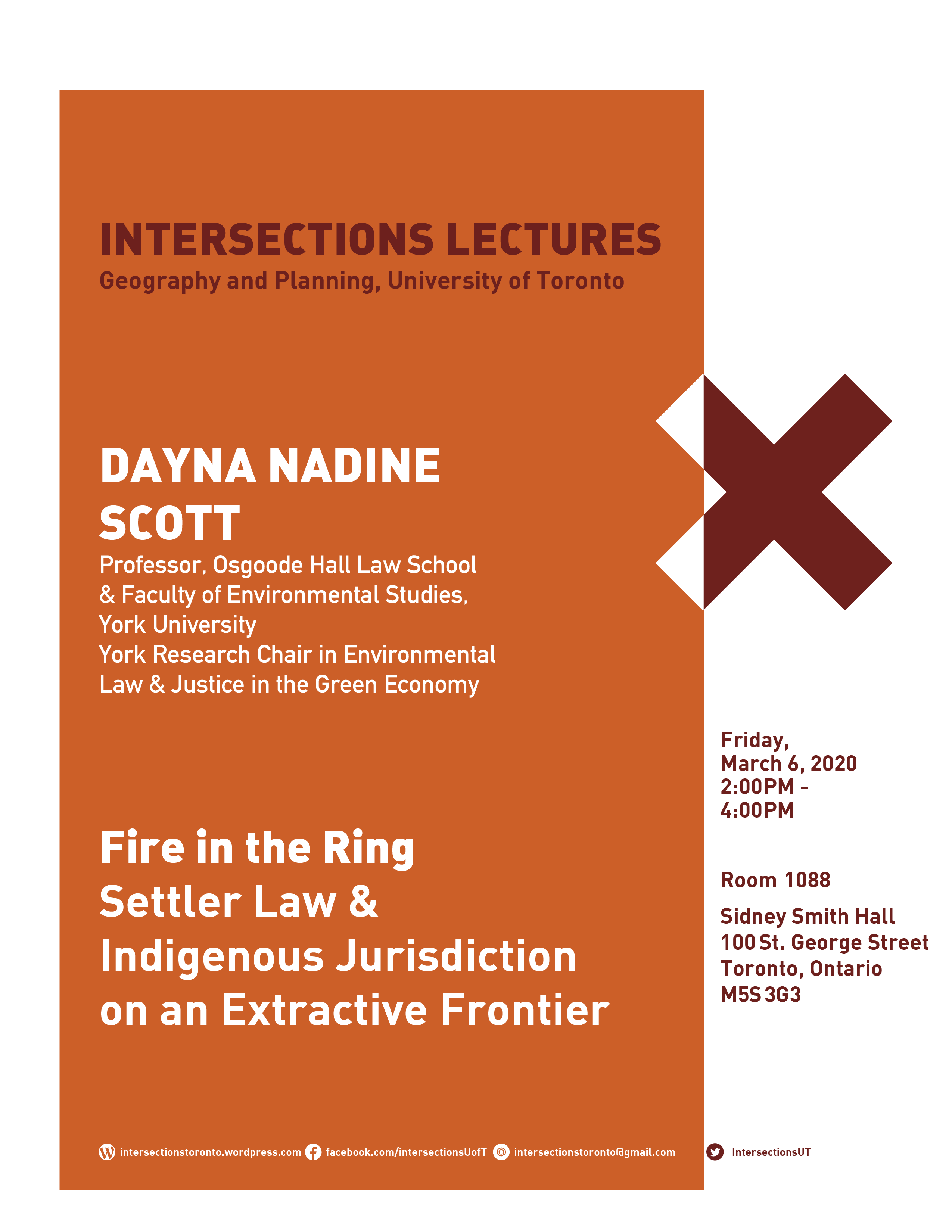