Poor diet and excess weight are leading causes of preventable non-communicable disease and mortality internationally. In England, the proliferation of fast-food outlets has been deemed a public health problem by our Chief Medical Officer. Research suggests that our neighbourhoods are increasingly abundant with fast food outlets, and that greater fast-food exposure is related to higher overall levels of poor diet and obesity. Further, fast-food outlets cluster in deprived areas, and with vulnerability to fast food heightened among groups of low socioeconomic status, this exposure may also be implicated in recognised socioeconomic inequalities in diet and health. But the importance of access to affordable, healthy food, which can help to support a healthy lifestyle, must not be overlooked. Rebalancing neighbourhood food access through urban planning is a possible ‘lever’ for population health improvement, and one that is increasingly used, though not without challenge from the food industry. In this talk, I will summarise CEDAR’s scientific evidence in this area, including how we have successfully translated this into action to promote the public’s health.

About the Speaker: Thomas is a Research Associate at the UKCRC Centre for Diet and Activity Research (CEDAR), part of the MRC Epidemiology Unit at the University of Cambridge. After studying for his PhD in Health Geography at Newcastle University, he moved to Cambridge in 2011. His research interests lie with the social and spatial determinants of health and health inequalities, specifically the extent to which neighbourhood food access affects dietary behaviours and body weight, including why and for whom. 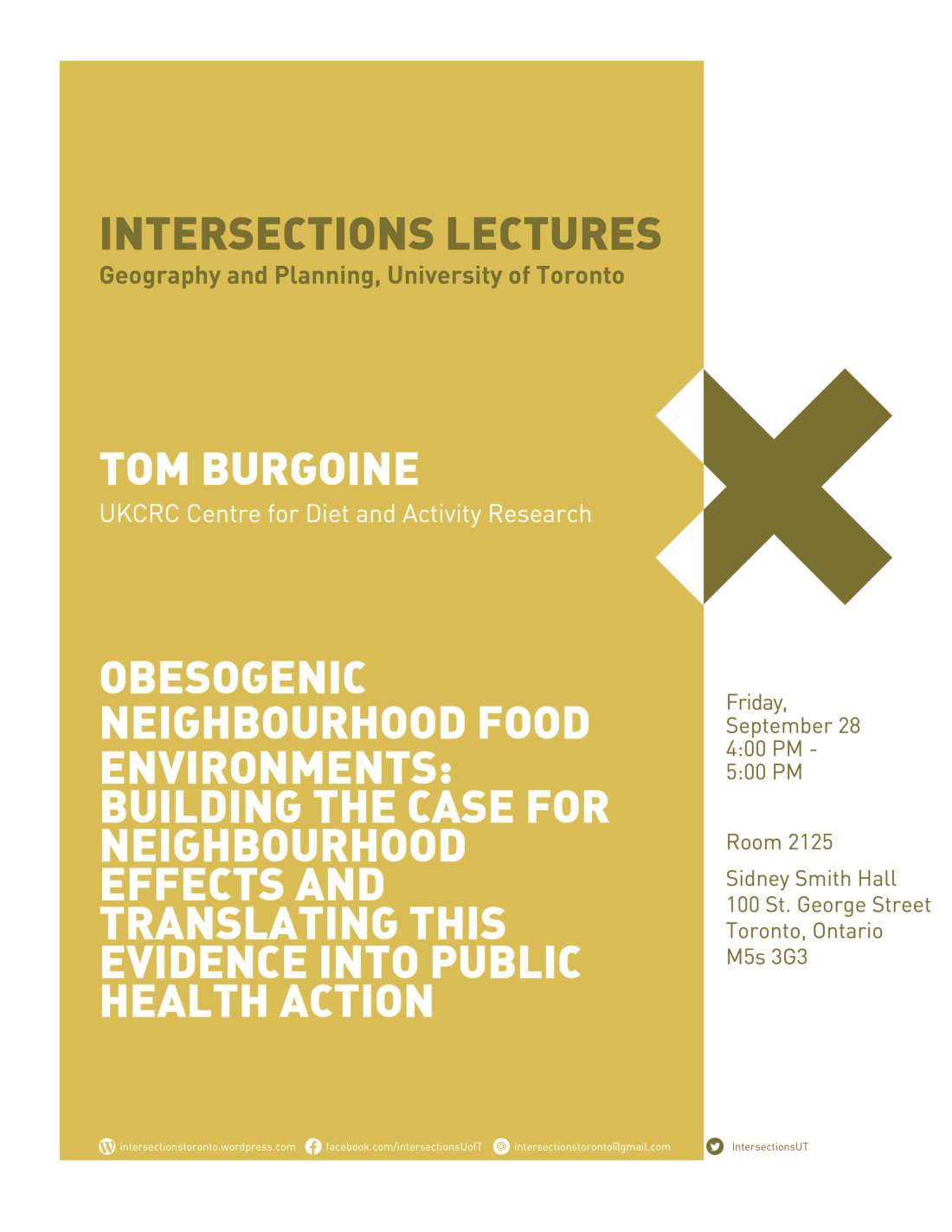